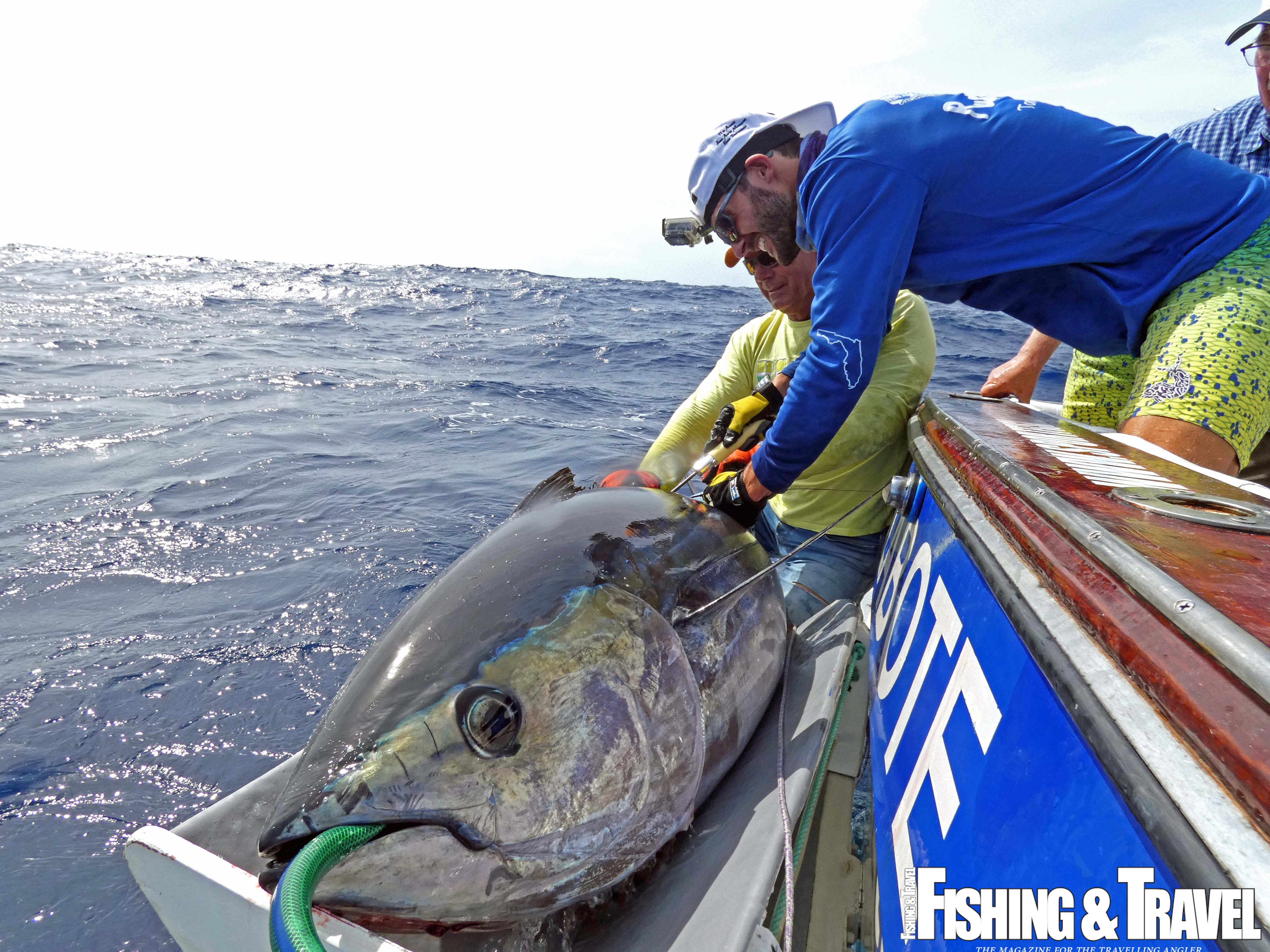 Miguel Furtado, a PhD student and deckhand on boat Alabote, made an old dream come true by tagging bigeye tuna with satellite tags off the island of São Miguel:

“It was already late August and the marlin season was going on as one of the best ever, but suddenly it looks like we were in the high season for tuna as well. It went from zero to common wildlife shows of 50-150 kg bigeye tuna feeding all over the place and 200-400 kg blue marlin mixed in. Until late October, multiple bites a day of bigeye tuna and blue marlin were common, so I realized a long-awaited dream of satellite tagging large bigeye tuna, aiming to ll the huge gap and scarcity of information on this iconic and threatened tuna species in the Atlantic Ocean. We tagged 11 bigeye, all were caught off the south coast of São Miguel Island trolling with lures and were released with pop-up satellite tags (PSAT tags) that will record the depth, the water temperature and the location of each fish every 5 minutes for 180 days. PSAT tags have the advantage that they do not need to be physically retrieved to get the data. Instead, the tag stored data is transmitted through an Argos satellite after the tag automatically releases from the fish and floats to the surface and will directly provide information on seasonal changes in the bigeye tuna diving behaviour and migration routes. Both diving behaviour and migrations will be further analysed in relation to recorded tag data, but also compared to remotely sensed environmental variables (e.g. front frequency, productivity) enabling the quantitative characterization of bigeye tuna critical habitat preferences in the Atlantic.

Previous tagging campaigns made by the team in 2014 indicate that contrarily to what happens in the Pacific, the Atlantic bigeye tuna tends to display large North- South migrations between the temperate Azores and the equatorial tropical waters of the central Atlantic. Some individuals though can also display an impressive east-west migration from the Azores to the Grand banks off Canada, most likely to take advantage of the large amount of bait that commonly concentrates on that area.

These tagging campaigns are just a part of a larger PhD project that aims to examine how environmental conditions affect the movements and feeding ecology of two tuna species in the Atlantic Ocean, the bigeye and the bluefin tuna. The project will run again next year with the bluefin tuna tagging, counting again on the collaboration of Alabote Sportfishing Charters and several researchers from the university of the Azores, Porto and Lisbon, and the Woods Hole Oceanographic Institution from the USA.” 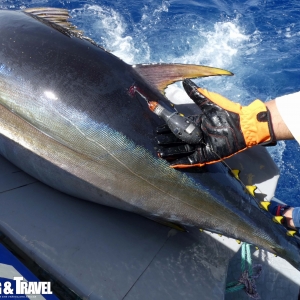