Fly-fishing for taimen in northern Mongolia 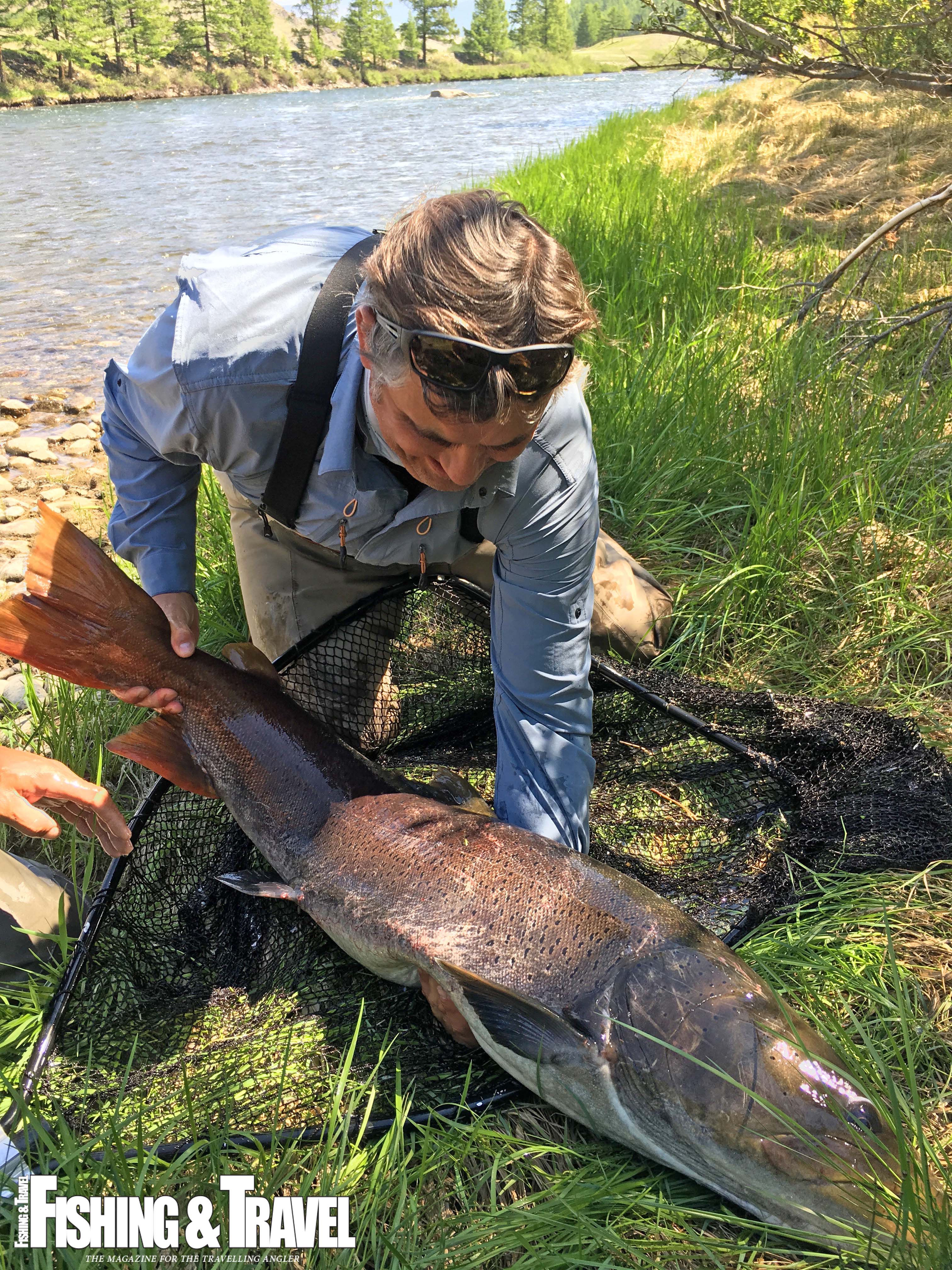 Terrific taimen in the land of the Tsaatan

I had never heard of the region in northern Mongolia that Piam, the director of Pac Voyages, had so often spoken to me about. I have been travelling since I was 18, but this trip gave me some of the best memories of my life. Every day I was there, I experienced emotions that made my legs tremble and my heart beat out of my chest. We sight-fished for 1m to 1.5m taimen, beautiful grayling up to half a metre long and lenok (Siberian trout) over 70cm long! It was my 17-year-old son Charles’s first time fly-fishing, and he caught more than 100 fish including four taimen, the largest of which was 1.4m long! Throughout our stay, we enjoyed a warm welcome from the locals, gorgeous scenery, fantastic guides and the company of a delightful party of fishermen.

One morning, our guide pointed out a large fish resting by a riverbank in a metre of water. We positioned ourselves behind a half-submerged tree trunk 10 metres downstream. Intrigued by the flies that Charles cast into the water, the taimen made its way up to us quietly and sought shelter under our tree trunk, 1.5m away... The hair stood up on my neck! The fish was probably 1.5m long, so large that Charles didn’t dare to try to hook it! I attached a 2m length of 30/100th to my rod and rigged it with a size 4 nymph. It wasn’t heavy enough. I modified the rig, adding one lead after another, but my flies literally slipped across the fish’s mouth without provoking the slightest reaction! I cut a grey and yellow rabbit strip streamer down to 2cm, to give it the appearance of a big nymph. On my first cast, without moving a muscle, the taimen opened its mouth and wolfed the fly down! I set the hook and kept up the pressure as I handed Charles the rod. The fish instantly rushed to the middle of the river 10m upstream, then started downstream, swimming like a madman. It all happened so quickly that there was no time to get back into the boat. I rushed to tighten the drag (though it was already set tight) as the reel emptied. Too late! Nothing could stop that taimen! Suddenly the fish was 100m downstream, entering more powerful currents; then it was 200m away, pulling out the last of my backing…

It was our final day. In Piam’s company, we fished and admired the view of snow-capped mountains in neighbouring Russia. It was time to head back to the lodge and pack our bags to leave, but I wanted my son to fish one last time. I asked our guide to stop on a nearby island. As soon as we pulled up, Charles spotted a beautiful taimen 5m from the shore. Piam went wild with excitement: "He’s enormous! Sébastien, grab your fishing rod!”

I disembarked as quietly as possible with my #8 Sage One to which I’d attached a 7cm black rabbit streamer. I made my way 10m upstream, hiding in the vegetation, then cast 5m of line towards the opposite shore. I started mending, releasing 1m of line to give the fly time to sink. Three casts later, the taimen finally opened its huge jaws!

I set the hook and started fighting, keeping the pressure on to prevent the fish from slipping back into the big current. The outcome: a 1.52m fish! What a perfect way to end an exceptional week! Dear reader, here is a tip: take your son (or your daughter!) on a fishing adventure as soon as you can. Don’t wait. The things you’ll experience will stay with you both forever. 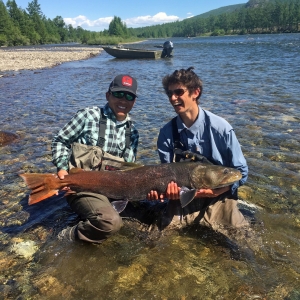