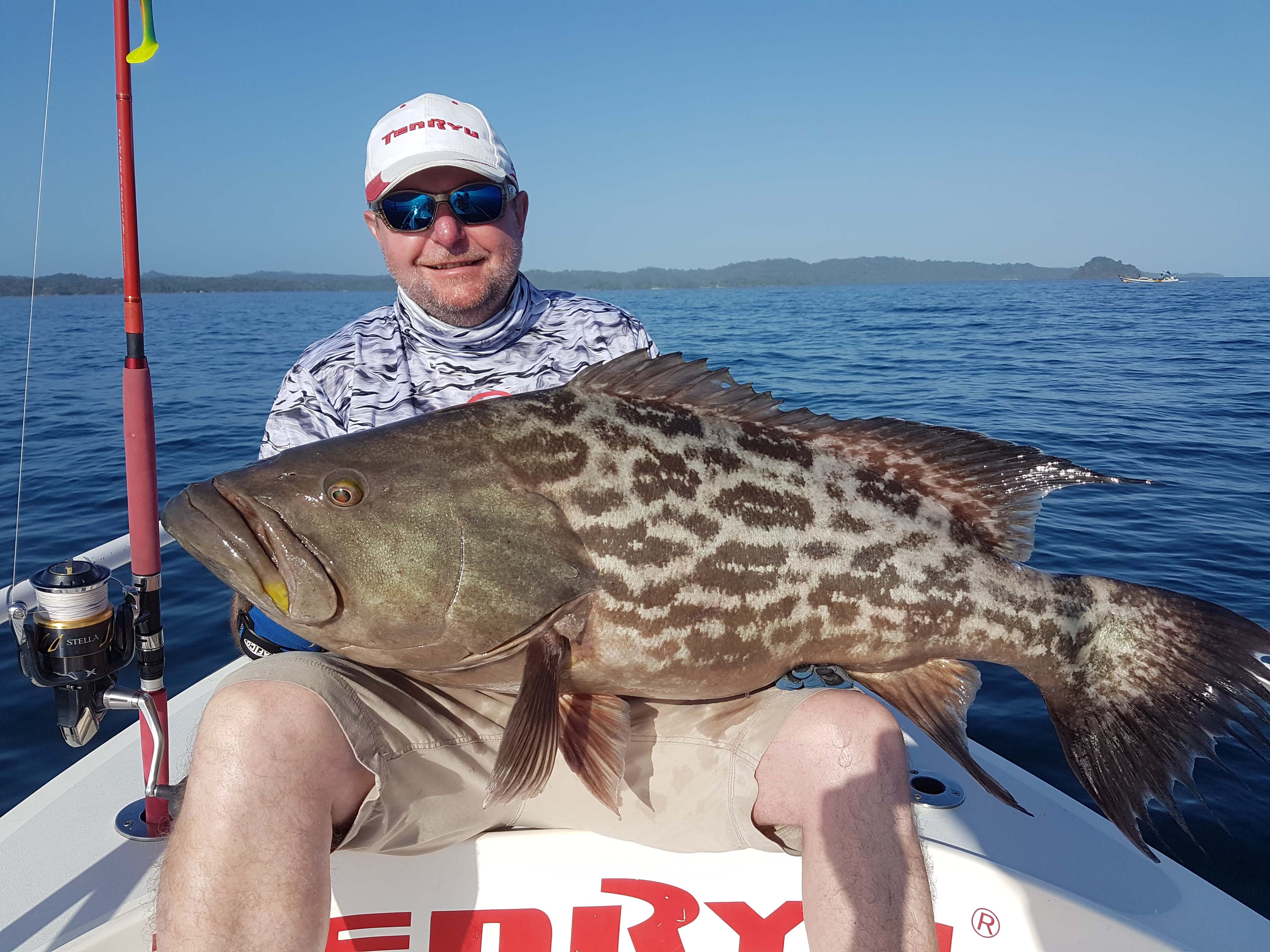 Panama, it seems to be the place that every angler is talking about at the moment. So what is the fascination with this tiny country?

So I have wanted to visit and fish in Panama for more than 7 years now, ever since Charles-Henri Canto packed up his bass guiding charters in Brittany and moved out there, about 30 miles off Panama City, in The Pearl Islands archipelago. Why Panama? I know it holds species that I have wanted to catch for many years and the tackle used is not heavy GT gear. I like light tackle pushed to its limits.

Our travel from Jersey, yes, I live on an island too, was very straight forward. We flew to Gatwick, transferred to Heathrow then flew to Schiphol in Holland where we flew direct to Panama with KLM. There are in fact better routes and next year we are flying with Air France via Paris as this will allow us to get an extra days fishing in. Travelling was made easier with the fact Charles supplies all the rods you need and they are Tenryu rods, my favourite. So no rod tube to worry about, all you need is your reels and lures!

The target species? Of course a roosterfish, a cubera snapper and a proper sized Pacific Jack Crevalle would be awesome, but I never feel let down if I do not catch my main targets, it is all a bonus to me and we can always return if a destination grabs us, hence why I returned to Oman three times! So with my son-in-law Callum Robertson and my life long fishing buddy Tony Senior we bit the bullet and booked a trip with Charles for late February this year.

After being on many organised fishing trips in various places about the planet, I can put my hand on my heart and tell you I have never experienced anything like this trip. To say we had 5-star treatment from the moment we arrived in Panama is putting it mildly. As we walked out of arrivals in Tocumen airport we were met by Charles and his fellow driver, both in what looked like monster trucks to us Brits. Our gear was loaded up and we were whisked to the Beach House hotel which sits at the mouth of the Panama Canal.

After a very comfortable night’s sleep we headed down to the marina to get on board the mother-ship! I was starting to realise this man has things worked out good, the mother-ship is a ***** catamaran that Charles uses as a taxi for clients to get to the islands. With his lovely chef Sara making us drinks and light snacks we headed out and as we got closer to the islands the seas started to come alive, we spotted fish boiling and jumping and a whale letting off its steam in the distance. The sea just looked alive, tidal currents and reefs, sand bars and inlets, this place looked as close to paradise as I have ever experienced. Before we knew it we had arrived at Contadora, this beautiful island with golden beaches where coconut trees lined the rocks hanging down to almost touch the sea.

Charles house, which was ours whilst we stayed, is simply stunning. A typical lavish 5-bedroom bungalow with outside eating areas, a perfect lawn, tropical flowers, palm trees and a jacuzzi, what more does a man need? After having many trips around the world and staying in quite a few fishing lodges I can honestly say the French know how to treat their guests. This is nothing like anything I have experienced.

So on our first day we were to fish with Stephane Macrez, a man I first met at a French fishing show: Salon Des Pêches En Mer in Nantes about 10 years ago. He fishes hard and loves surface lure fishing. We head out at first light on the **** boat with her twin 150 hp outboards, a fine fishing platform indeed. Plenty of room for the three of us and all the tackle and rods are stowed away out of the way of casting and moving about onboard. Within five minutes of leaving we were on our first drift, a sunken long reef with tide flowing over, perfect, just like I fish at home. Within half a dozen casts I am into my first fish, using a Tackle House BKS 115 on a Tenryu GR Diablo Special with my Daiwa Saltiga 4000 and YGK Castman PE#4 I had hooked a nice Rainbow Runner. I have caught one before in Oman but it was whilst jigging on fairly heavy gear so this was much more fun. Tony hooked and landed another and as we finished the drift we looked around for the next drift. I then spotted a mass of birds feeding on a point on a nearby island. As we approached the spot we could see fish busting the surface... Within two or three casts Callum and Tony had both landed decent size Pacific Jack of about 12lb, which Stephane told us were pretty standard for Las Perlas. It turns out this is what our trip was going to be like every day. Catch a fish, look around, see more fish, cast and catch. By the end of day one we had caught ten species, eight of which were new to us.

The islands were ours, we did not see another boat fishing for the whole week and considering the archipelago has approximately 200 islands, inlets and reefs we felt in total awe of the place and the fact Charles had found it and wanted to share it with us. Although we did not see any other anglers we did share the fishing with the multitude of sea birds. At one point I estimated there were 10,000 sea birds diving and feeding on baitfish. It was a sight to behold and more proof of just how good the ecosystem on the islands is.

So by mixing up the techniques from light rod to intermediate, then some vertical jigging for groupers and some heavy class gear for the cuberas the species stated to mount up. We all landed beautiful broomtail grouper to 60lb on 100g jigheads and shads, Callum had his first ever yellowfin tuna, diamond trevally and mahi-mahi on a popper, Tony and Callum had a couple of roosterfish each and I managed a whopping 21lb Pacific jack. We caught everything we wanted except the elusive cubera! Our captain put it down to the water clarity on the outer reefs being a bit brown. It was still and incredible week with us taking hundreds of fish amounting to 21 species.

Our whole experience of Panama was just incredible, to the point I re-booked a trip for May/June in 2019 and I am also taking my wife and daughter with me! I have never stayed in a lodge that I think my family would enjoy, but this no normal fishing trip, this is paradise and I want to share it with them. Oh, I have a few things I love in life beside my family: fishing, whisky and rum, and I can tell you the rum in Panama is the best I have ever tasted! If you add up what I have been saying about my trip, amazing fishing, amazing hosts, amazing accommodation, haut cuisine food and drink you will start to see why I booked for next year whilst I was still in Panama! 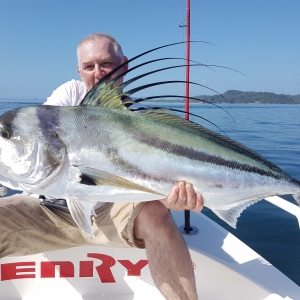 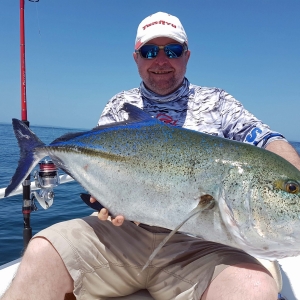 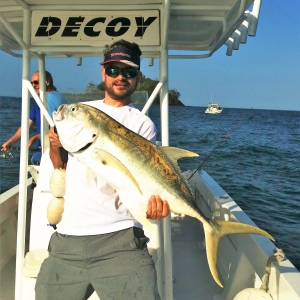 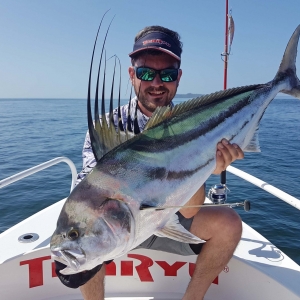 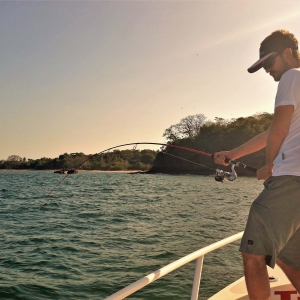 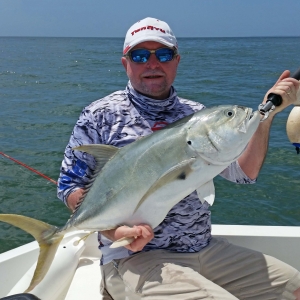 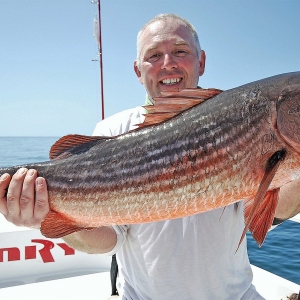 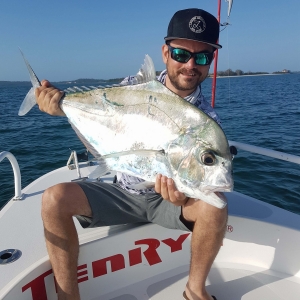