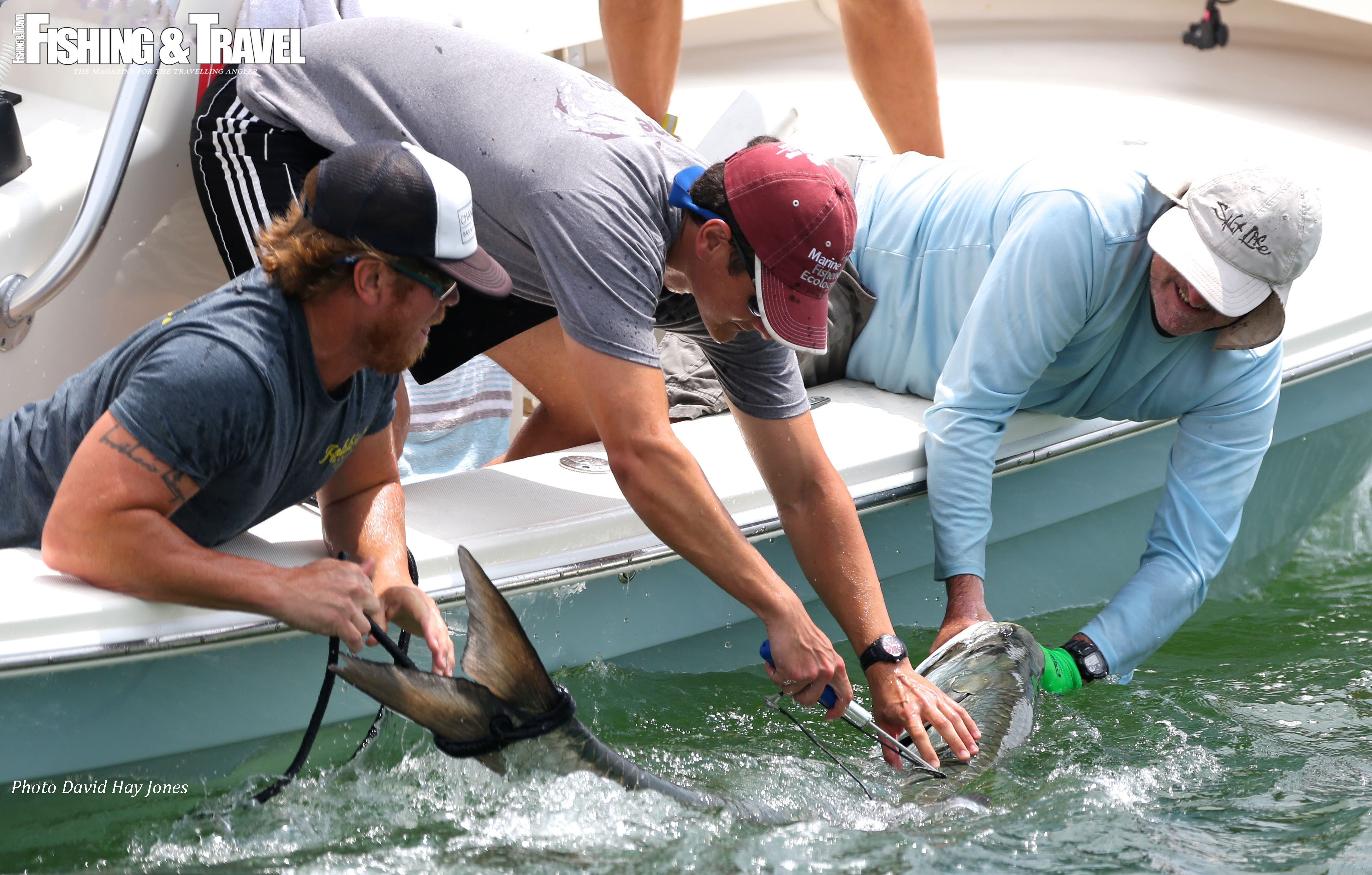 The State of Mississippi has a tarpon tagging program where they place electronic GPS tags on them.

The message from Matthew Jargowsky:

“We’ve been tagging tarpon since 2014, but the project (conducted in collaboration with the University of South Alabama) really took off in 2018 when we were able to successfully tag 10 tarpon with towed satellite tags in Alabama waters. The goal of the project is to better understand tarpon movements in the northern Gulf of Mexico. While we know that tarpon migrate north along both sides of the Gulf Coast starting in May and June, we know very little about exactly where they stop, exactly what they do during their brief time in the northern Gulf, if both the east and west migrating populations intermix in the northern Gulf, and if tarpon always migrate back south the same way they came up. Of the 10 tarpon we tagged migrating west in Alabama waters in 2018, all of them stopped migrating somewhere in Louisiana waters in August. They almost all stayed in locations near the Louisiana coastline and did not travel far from those locations. While we were able to determine where they stopped, the tags only stayed on for 1-2 months due to issues with drag, so we were unable to document their return migrations southward.

As a result, this year we modified our tagging protocol to increase the duration the tags stay attached. So far, the first tarpon we tagged this summer has surpassed one of last year’s tarpon as our longest-running satellite-tagged tarpon. We are collaborating with colleagues at the Louisiana State University Fisheries and Movement Ecology Lab to tag tarpon in Louisiana waters, where and when last years’ tags detached. We hope this will help us achieve our goal of learning more about tarpon’s migrations back south, which is normally happening sometime in October.  More information about tarpon in the northern Gulf of Mexico and our research from the September issue of our lab's newsletter last year: 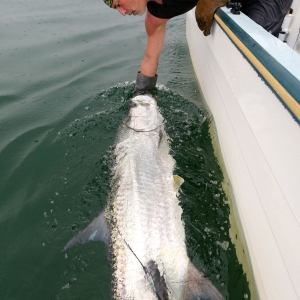 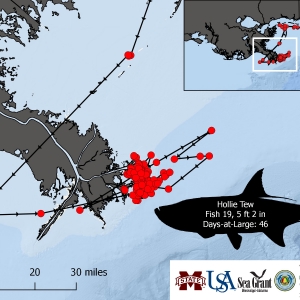